One fine night, right before bedtime, while scrolling through my snapchat, I randomly commented on Travel with Tjd’s snapchat. And the reply I got from her was something I’m sure everyone on this earth would want to get. She said “You’re going to Maldives with us and shhh don’t tell Ubaid, I’ll tell him myself”

Now the deal with ubaid and I is that since we both work from home, (yup initially it was crazy, we would fight like giants but later on we carved a nice work relation among us. Which meant less husband and wife and more of friends), so I just HAVE to tell him every gossip there is or every lame bit of my day or show him each and every funny video that I came across during our work hours (which are a lot lol) I’m sorry I got a bit off track. So the point was that it was so hard for me to keep something so huge from him. I was actually getting a stomach ache. I forced myself to sleep that night. Then spent next three days asking random questions from UB about TJD just to dig out whether she has called him or not ? yea that’s the level of crazy I am.

I just realized I’ve been mentioning TJD and travel with TJD over and over; I guess it’s about time I put in the picture who this is. Travel with TJD or Travel Junkie Diary is by this lovely lady ‘Michelle’ who herself is a mad bohemian traveler. You could totally tell about her personality by just going through her Instagram or blog. Travel with TJD was her initiative to make this already dwindled world even smaller and for which she invites social media influencers from around the globe to travel together to a new destination. she’s a beautiful person by heart and it’s always a delight meeting her and her super adorable daughter Chloe.

So finally after four days she called ubaid and told him (I could now sleep peacefully) that you two are a part of TJD’s fourth chapter i.e Maldives AND MY GOD!!! I was literally going crazy with the excitement but he kept giving me eye rolls throughout the call to act sober and don’t sound too excited. -.- I mean who can keep calm upon hearing the news of going to Maldives and that too at Coco resorts. I’m sure it must be on most of you guys ‘to go list’.

Now as the emotions subdued, mom crisis hit and hit real hard. We had to decide who to leave little missy Ayra with. We weren’t sure if we should burden Ubaid’s mother as she was coming to us in like three days and ayra at times get so cranky and cry baby that even Ubaid starts crying. She was our first,last and all in between resort. She was behind us even before coming that you guys just don’t worry about her, I’ve handled Ubaid and If i can do that nothing else has that power to make me lose my sanity ;P hahaha. It was 3 days and 4 nights anyway. Even though ubaid kept telling me that Dude if you’re not emotionally ready to leave her for three days then don’t force yourself. I thought about it but then i said umm Baby or party? For those who know me would know what I chose ? let’s do it, She’ll be fine her grandma and there’s a strong chance she won’t even miss us (which actually happened)

let’s do it! A travel yearning mother thought. She’ll be fine with her grandma and there’s a strong chance she won’t even miss us and that’s what actually happened. <- that’s my imaginary story teller way of writing lolllll).

Ubaid’s mom came two days before we were leaving so Ayra had ample time to bond with her. She threw a few tantrums though but like she had mentioned earlier ‘she has got this’.

Now the day had finally arrived. We were on our way to the airport and the worst nightmare that any parent could have, we encountered that. Our little missy Ayra puked all over me. It wasn’t just your regular puke, It was a full on pressured puke which managed to go all over + inside my shirt, pants and even in my shoes. We were as usual already running late and then this happened. Agh. Fast forward to quickly changing my dress and running downstairs to catch a cab (since our car was looking like beautiful puke lake mashaALLAH). Luckily we made it to the airport well on time. So we checked in for our flight, met all those amazing ladies who were a part of this chapter as well. During our orientation sesh, we were amazed by what different cultures we all belong to and how close social media has brought us 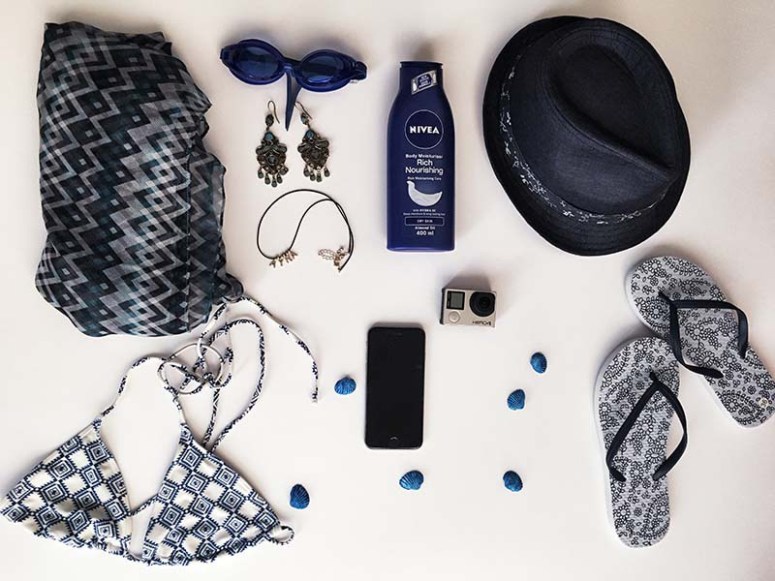 We were being flown out by flyDubai. So all the treatment we were getting was no less than any luxury airline. It was a 4-hour flight and as usual, I slept through. I woke up with the balmy sunlight on my face. I was awestruck (caution: thus word will be used in abundance from now on. Yup Maldives and Coco does this to you) so where was I? oh yeah being awestruck So I was awestruck by the view. We were flying over different beautiful islands and was about to land at Male airport. It was a very cute small airport. We got out in a jiffy. And then there was a 40 min speed boat ride to Bodu Hithi island. 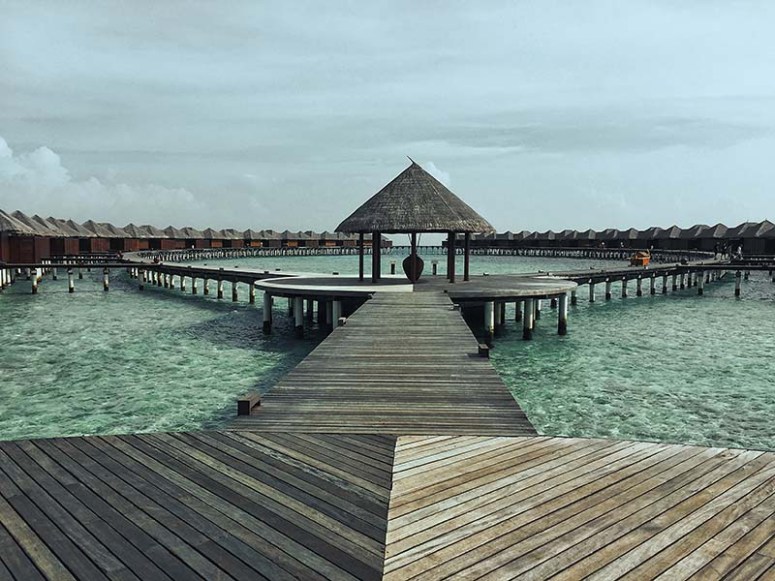 The words can’t do justice to what we experienced there. So I’m going to upload a bunch of pictures and videos (sorry most of them are snapstories hence the crappy quality), but!!! It was just out of this world experience. Please have a look and bear with my overly excited voice and yelling and what not. I’m sorry in advance for a lot of random things that you ll see/hear in the snapstories. I just couldn’t help lol

This plethora of images is for you guys to experience exactly what we did and for us to relive all these amazing moments at this dreamy coco resort.
Let’s go Maldives every one!!! 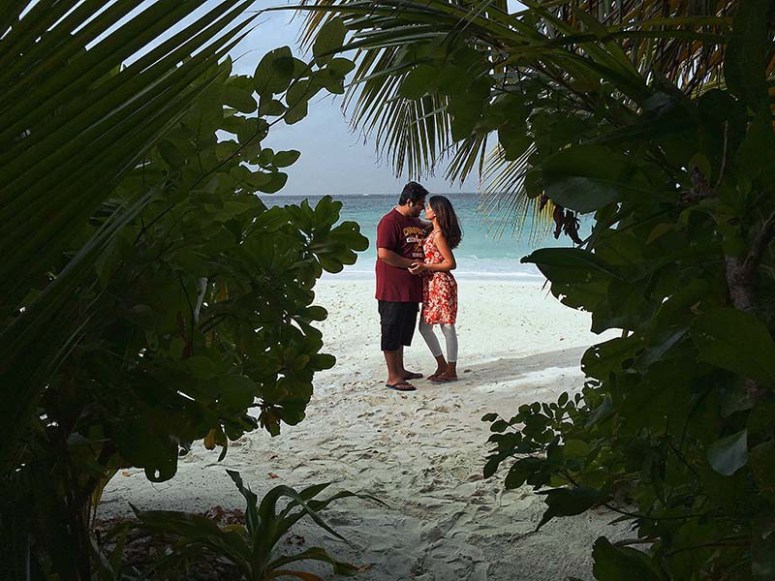 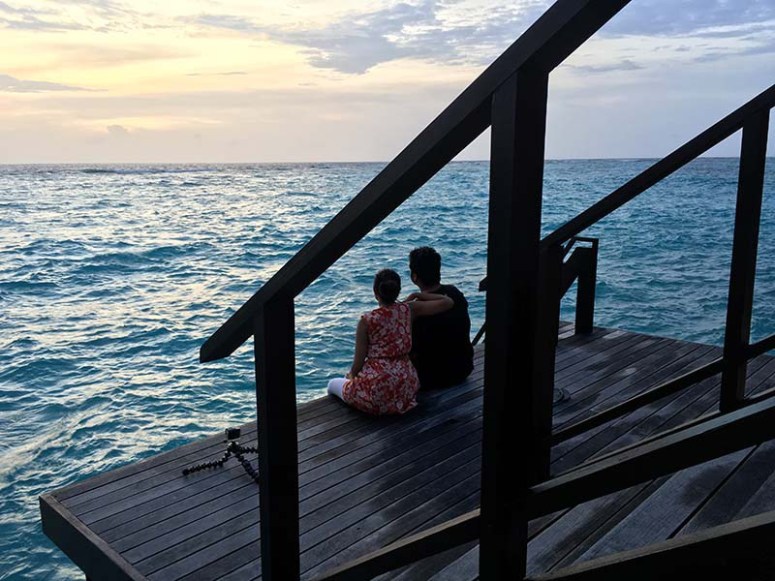 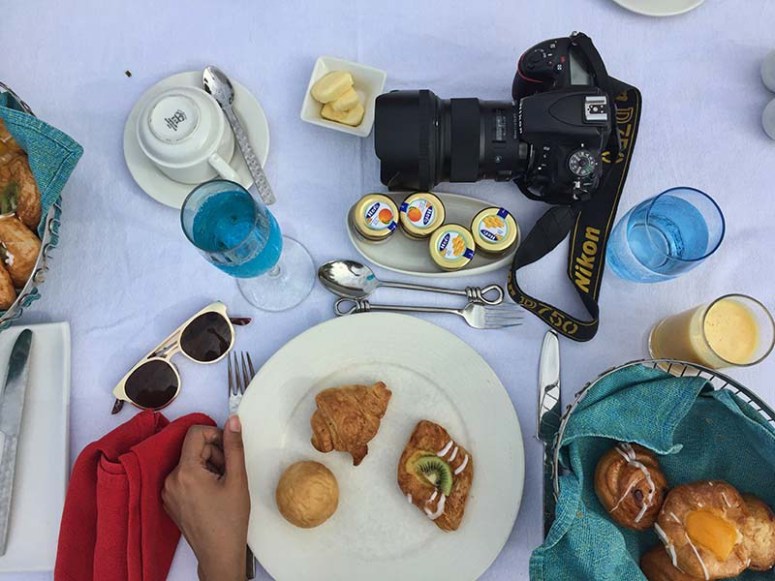